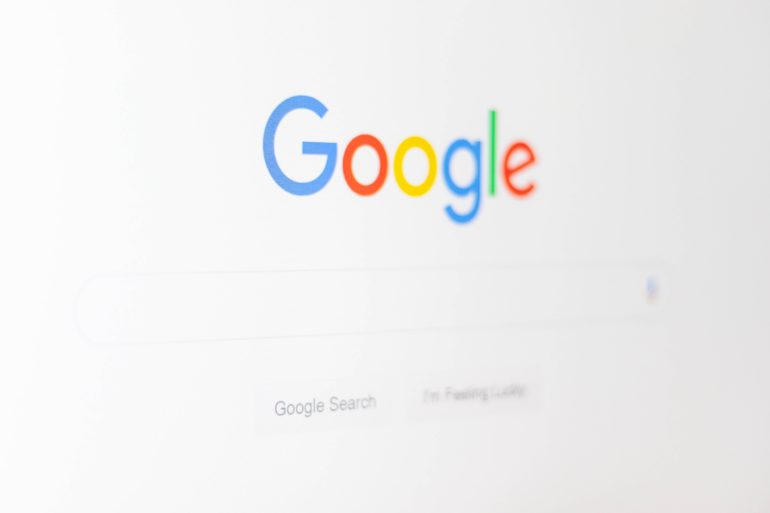 Google’s Core Update June 2019 | What you need to know

Worried why some of your pages have dropped out? On Sunday 2nd June Google warned us they were going to be rolling out an Algorithm update, Google named it the June 2019 Core Update. So when you’re looking at your Analytics, there is a risk the Core Update could have impacted your traffic conversions. As with any update, some sites may note drops or gains. These updates usually take place every couple of months or so, the last core update was released in March 2019.

When did this happen?

The June 2019 Core Update went live on Monday 3rd June, after it was pre-announced to us on Sunday 2nd June. It was not a major one, but it’s important to keep your eyes peeled for any changes with your results. At 1:02pm, Google wrote “The June 2019 Core Update is now live and rolling out to our various data centers over the coming days”. It is important to know when the update began, as it is useful for tracking traffic increases and decreases in your analytics. 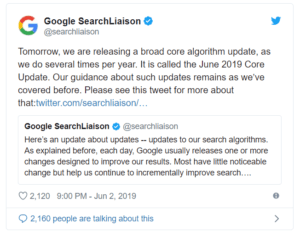 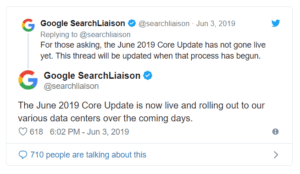 What shall we do now?

Take a look at your Web Analytics and Search Console Performance reports over the next few weeks to see if your site was impacted al all from the Core Update. Google’s Core Update could impact your Page Rankings as well as Listings in the Google Search results. If you notice any changes to your site reports, there is no easy way to “fix” it. Google recommends you focus on making your site better. This involves building great content and improving your site user experience.

On Saturday 8th June, Google confirmed that the June 2019 Core Update had finished rolling out. Danny Sullivan of Google shared this news with us on Twitter, when he responded to a question about the Core Update. It took Google five days to fully roll out the Algorithm update, which seems quick compared to previous updates that have taken weeks or longer. During the five days, Google’s many servers and data centers were working hard around the world, to ensure the update went smoothly. 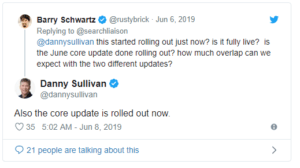 Why did Google’s Core Update happen?

Google usually releases Core Updates every couple of months. They are designed to improve their search results and algorithms. Each one is aimed to make improvements and specifically target things like content quality and back links.

Find more of our Google resources on The Local Marketing Team Blog Page.
You might also want to check out this fantastic Google My Business Ranking. It has all you need to know about how to optimise your listings!

Looking to work with us? Check out our latest SEO Packages to assist with your business development.